The full card to Halloween Horror has been revealed!

Ghosts and ghouls will haunt the South Eastern Entertainment Centre this Saturday when PCW celebrates Halloween in a spooktacular night of entertainment!

The Cremator returns to PCW for the first time in over 12 years when he challenges PCW National Champion Stevie Filip! Will Cremator face the wrath of Filip or will our champion be schooled by the heavyweight Bullet KLIQ member?

Nate Cross will finally have his rematch for the PCW Dual Championship against Cass Stone. Will the illustrious title reign of Stone come to an end, or will Cross lose his last chance to defeat the self-proclaimed “True Champion”?

WAIK teams with the debuting Syd Parker taking on Anthony Dangerfield and Sammy Falcon in tag-team action, Mark Kage and Lucas Daniels will battle in singles action, PLUS 20 wrestlers will compete to win the chance of a future Championship Title match in our annual Halloween Horror ‘Royal Rumble’!

FOR THE FIRST TIME EVER
PCW National Champion Stevie Filip vs.
The Cremator Brad Richards

BE THERE… If you dare! 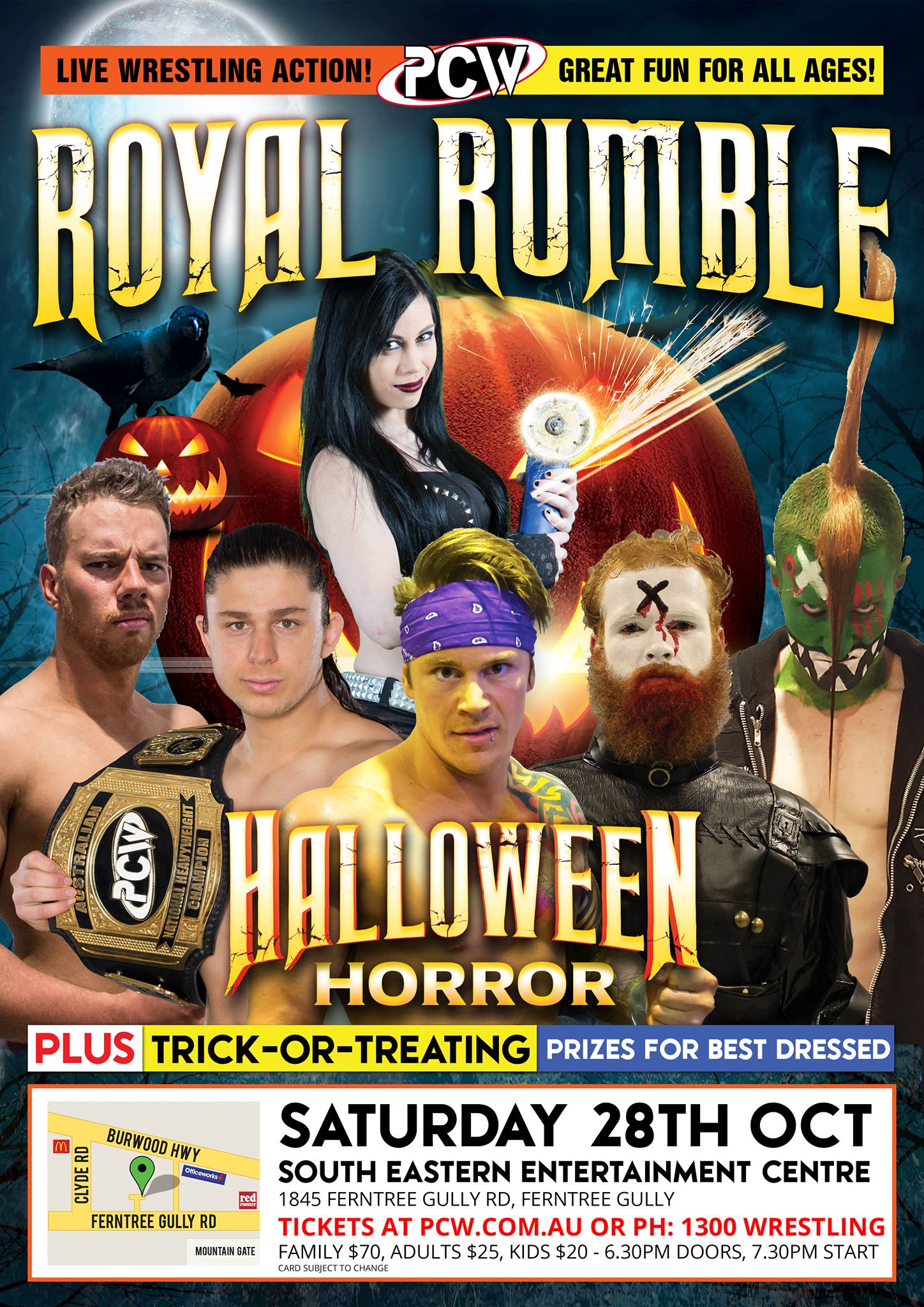