Skip to content
We catch up with… Spike Steele!

Spike Steele burst onto the wrestling scene in the early 2000’s, building a reputation with fans and peers alike as one of the most respected wrestlers in the Nation. We catch up with Spike to discuss his memories at PCW, and what his future holds!

I first found out about PCW from a young Mad Dog McCrea. Together we’d been checking out some AWF shows in Melbourne and found PCW when looking for a school.

When did you begin training, and who was your main trainers?

My original trainers were George the Hitman Julio and Kurt Von Shneider. 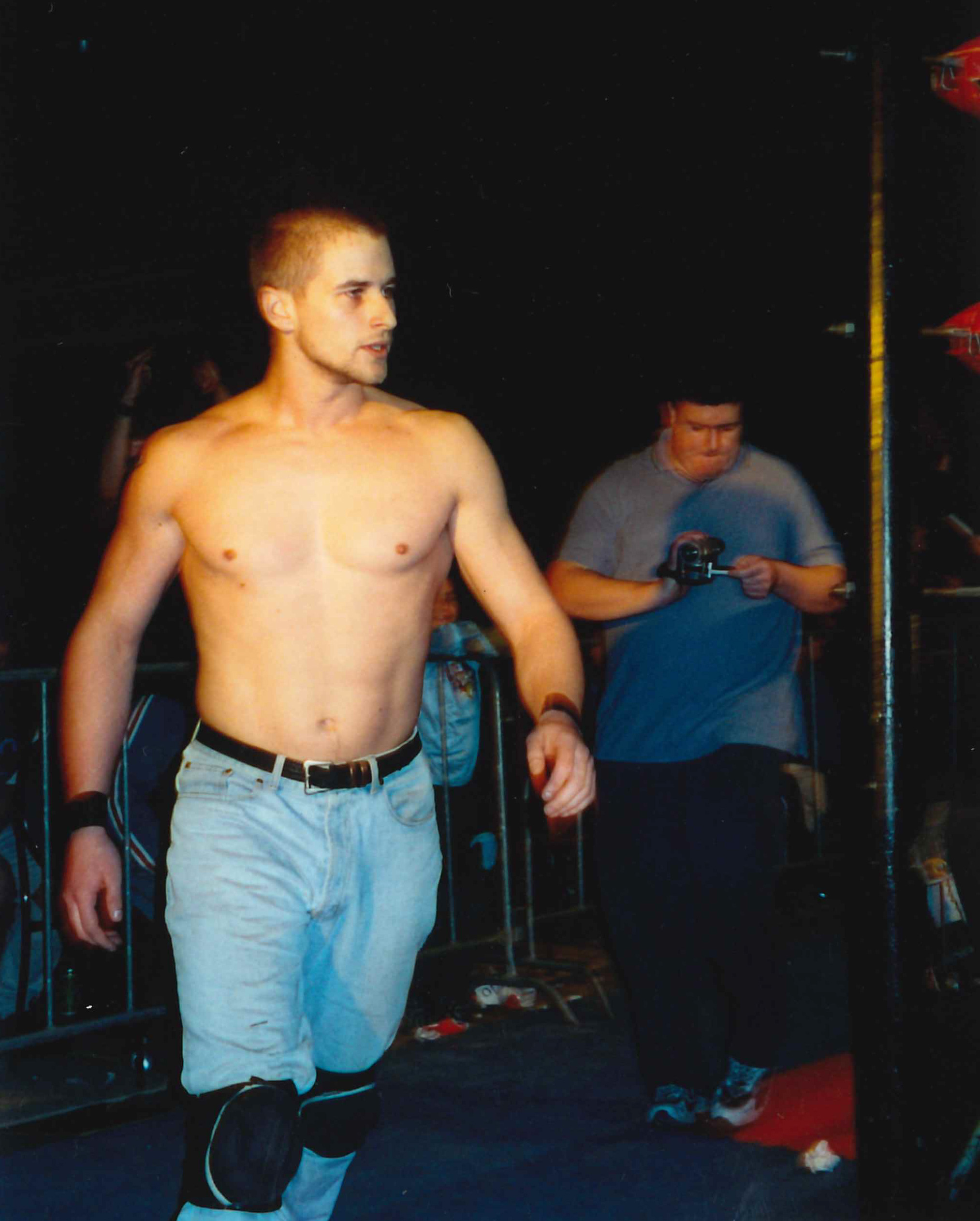 My first PCW match was with Mad Dog McCrea at the Rowville Community Centre; it was a basic one on one, nothing crazy. My most prominent memory of it was the adrenaline I felt as soon as I stepped out, it was something else.

In mid-2002 you were injured during a match against Lee Star in Essendon. What went wrong and how did it effect you at the time?

My injury at an Essendon show was due to a lack of concentration and a poorly executed bump and a general mindset of bigger is better. I used to get hung up on trying to outdo my previous stunts rather than just give a match. I broke my humerus in half and had a surgical steel rod implanted through it. I think the recovery was the most frustrated I’d ever felt. Not being able to wrestle for a couple of months really drive me crazy. I was doing physio and gym non-stop to get back. 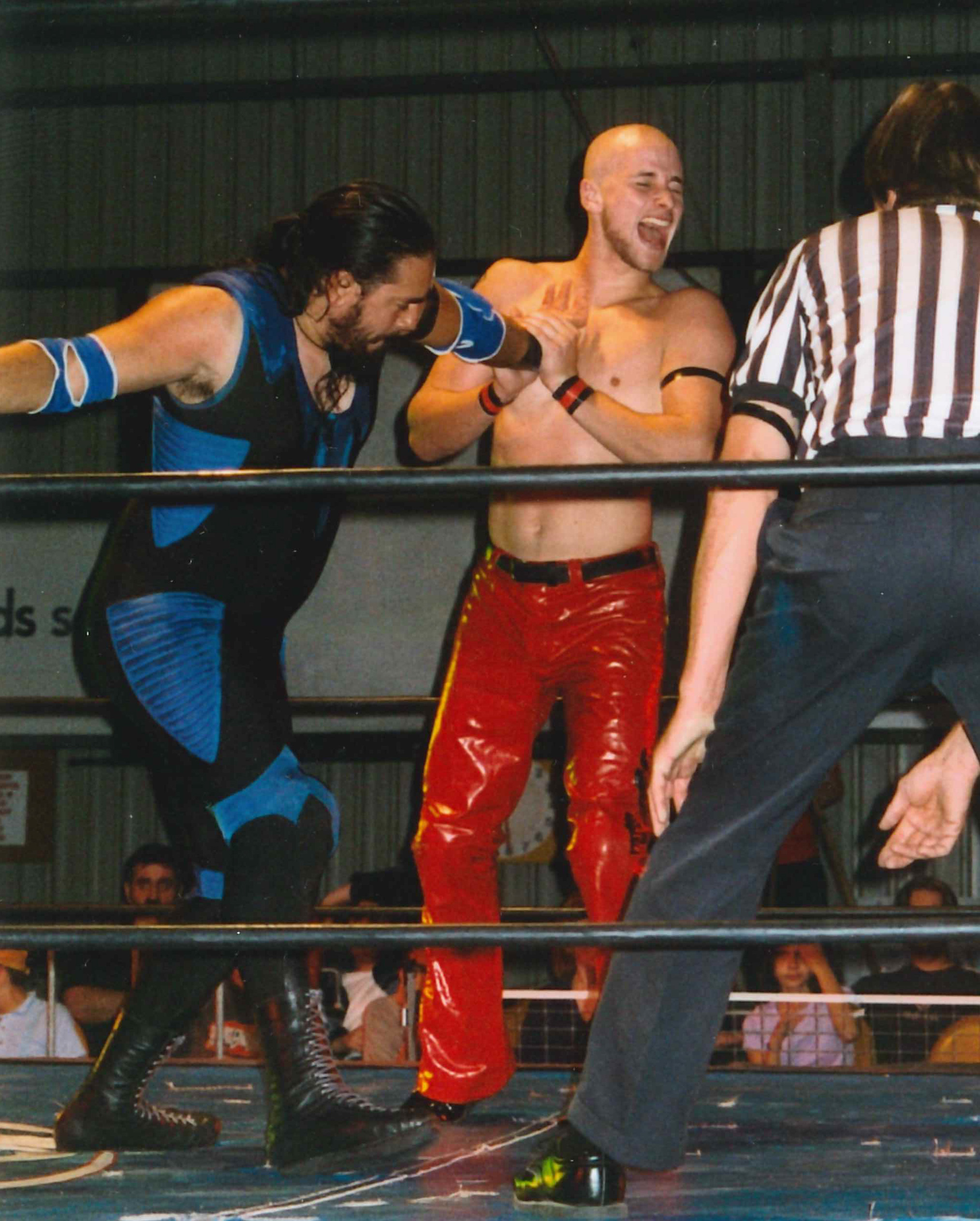 You are perhaps most remembered for your matches against Lobo, particularly the Ladder Match at PCW Risk in 2002. Take us back to this moment.

Lobo is an incredible wrestler, not only in his ability to perform and continuously shock crowds but his influence on his opponents and how he inspires them to rise to a higher level when wrestling him.

PCW Risk was great for me as it was a chance to wrestle Lobo in a high profile match and push myself further than I’d ever gone. I think around the five minute mark I caught a ladder across the face which shattered my nose.

Adrenaline being what it is, I didn’t pay it too much attention and we battled on for half an hour and had a great match. I felt my horizons in what I could do in the ring were broadened by that match. 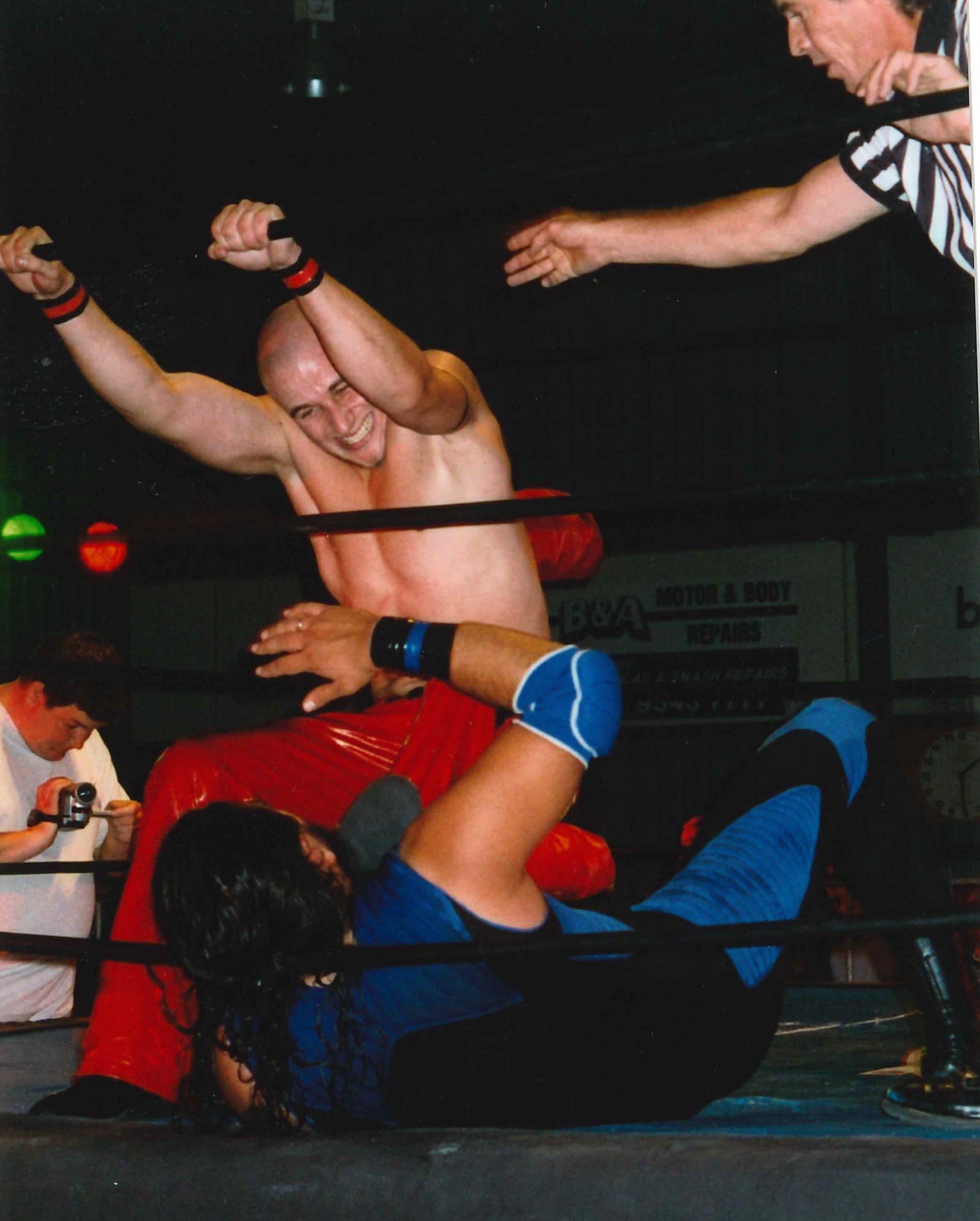 After I stopped wrestling I didn’t go to many shows as I was trying not to be tempted to come straight back, something of a detox. I still watched the occasional show or video and was blown away by many of the younger guys who had evolved into something greater.

It’s a whole new ball game today, there are a lot more opportunities to get into overseas promotions as well as local so I guess;

How does Spike Steel spend his time in 2017?

I’m working full time in logistics and studying remedial massage after hours and on weekends, it’s tiring yet rewarding as I’ve learnt how to fix and maintain many of my own injuries and can appreciate when someone’s in pain from experience. 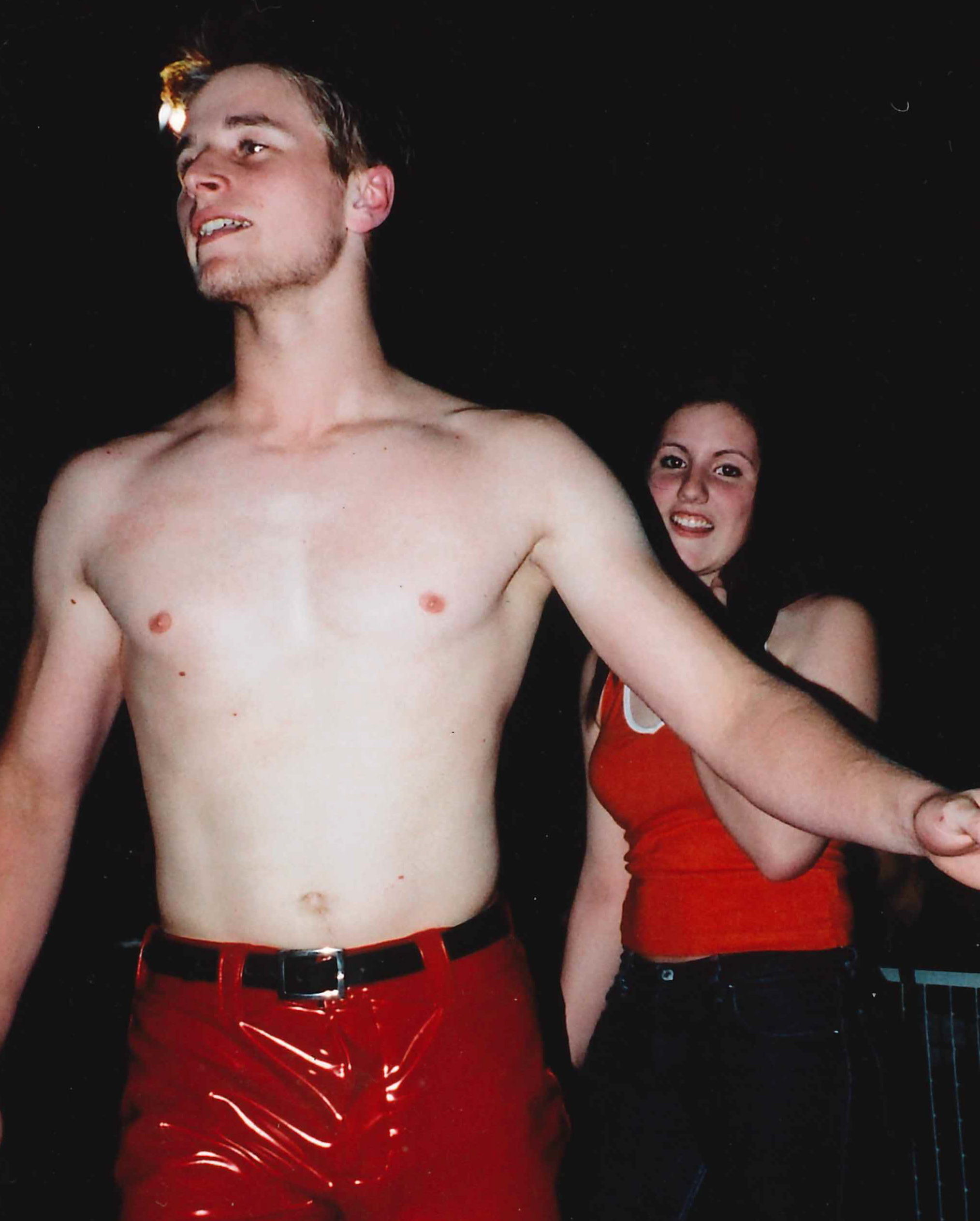