Skip to content
We catch up with… Chris Trio!

The Nightmare Chris Trio dominated the PCW scene for several years, as a member of The Supremacy and The Alliance of Violence. We catch up with Trio to see what he is up to now!

From a very young age I was obsessed with wrestling, I would go on every single possible website available, to find out anything and everything about professional wrestling. One day I stumbled across PCW, and The Wog Warrior. From that day, I was hooked!

Funny story, at around 15 years old I was a part of the ring crew – helping set up the ring before shows, and helping take it down after. In exchange, I would get free tickets and a chance to hang out with the wrestlers. I was a HUGE wrestling fan as a child, following nearly every Australian wrestler. I stopped doing this after a few months.

Now, fast forward about 6 years. I hadn’t been to a local show for many years. I was working at a supplement store, and one day a certain man came in with a bit of a swagger (see what I did there). We started talking and it finally clicked. It was Daniel Swagger! I mentioned that I used to help out at the shows, and he remembered me. From the conversation he invited me to come to the next show which was PCW Revenge. He asked if I would ever consider becoming a professional wrestler. After seeing what it was like again, to be there live, to feel the energy of the crowd… It was too hard to say no.

My first trainers where Trikki and Daniel Swagger.

My first ever match was against Joey Eclipse at a PCW Slam show. One memory which will stick with me forever, was the moment right before my match. It was the moment of no return, the moment my music hit and it was me facing that curtain about to walk out. All I remember is being the most nervous I had ever been in my life, it all hit me at once! The adrenaline was real, the fear was real, it was all REAL! Then as soon as I walked through the curtain, it felt like an explosion of emotion. It was freaking awesome! I guess that’s why people get addicted to it, it is a rush like no other!

You enjoyed a successful tag-team reign with The Enforcer. What was it like tagging with him?

I learned a lot off The Enforcer. He has been around for a very long time, with a wealth of knowledge. The experience he had in the ring was hard to match. I am forever grateful to have been able to tag with some one like The Enforcer early on in my career.

You were a member of The Supremacy, a group which dominated for over 12 months. What was it like being at the top of your game and what were your most memorable moments?

Being apart of The Supremacy is the highlight of my career up to this point. Being able to be so successful and do it with close friends was amazing! Some of my most memorable moments where defending my state championship. Beating Mr. Big in record time, and celebrating with the crowd is a memory I’ll never forget.

Two of my favorite opponents would have to be Daniel Swagger and Trikki. They introduced me to wrestling, they also tested my wrestling. We may have had our differences, but I will always respect what they do in the ring. 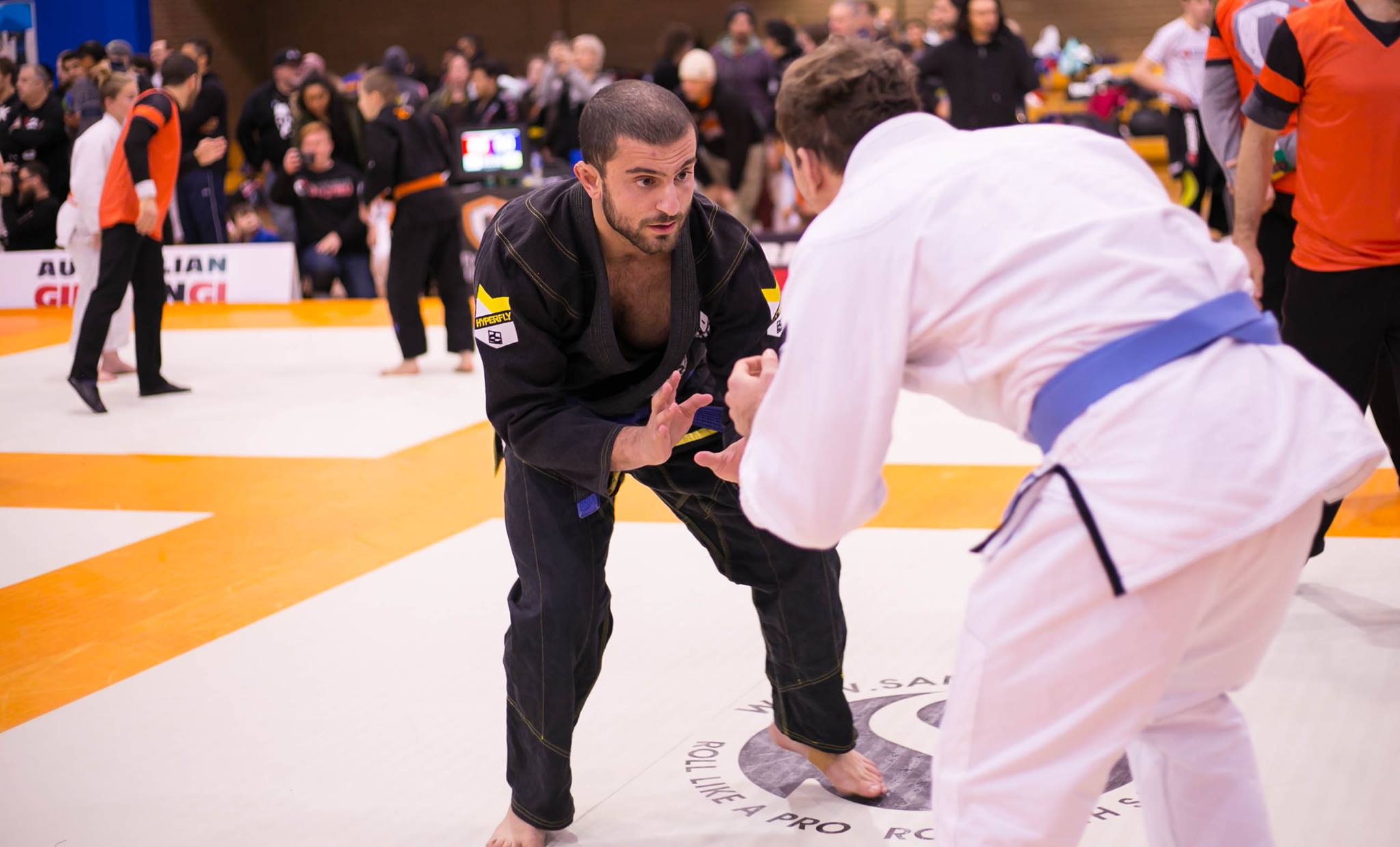 You took a break from wrestling in 2017 to pursue Jiu Jitsu. Tell us about how this is going?

Jiu Jitsu is going very well. I have been competing regularly, not only here in Australia but in Japan as well. Placing 3rd at the JBJJF Kansai Open. I have also had a good run at the Grappling Industries competitions medalling at multiple events. In early 2017 myself and my girlfriend put together a grappling documentary also which gave me the opportunity to rub shoulders with some very high level Australian competitors. I guess you could say Jiu Jitsu is going very well!

For up coming wrestlers, my advice would be to enjoy yourself. Enjoy this journey you have decided to take. Not many people have the balls to do what you have done! For most people its a pipe dream, a pie in the sky kind of thing. So if you have made the step in getting in the ring, have fun. Don’t get me wrong, train hard and commit yourself, because this will most likely be the most challenging yet most rewarding lifestyle you choose, but you have to make sure you enjoy the journey. We only get one life, so make the most of it… like you already are ;).

What is next for Chris Trio?

Chasing that improvement all the time. You will always find me in the gym working on new submissions, polishing off techniques, getting that mat time in! I’m after that gold!

Being handed my second PCW State championship instead of earning it.

Will we see Chris Trio in a PCW ring again?

When the time is right, yes! 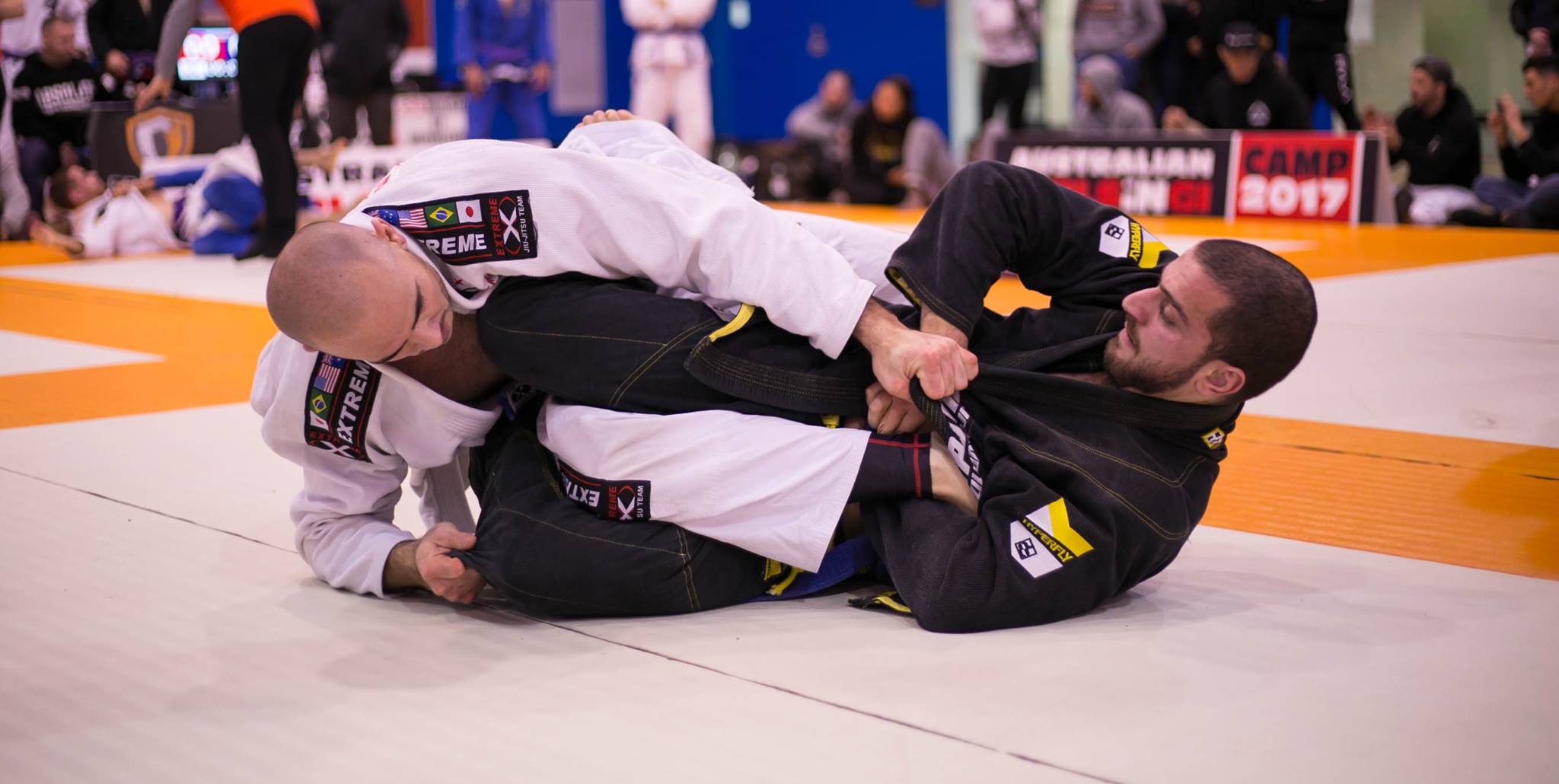