Skip to content
Knox Basketballer to feature in PCW Grandslam

From 3 pointers to the 3 count, Cki Porter looks to make a slam dunk in the wrestling ring. 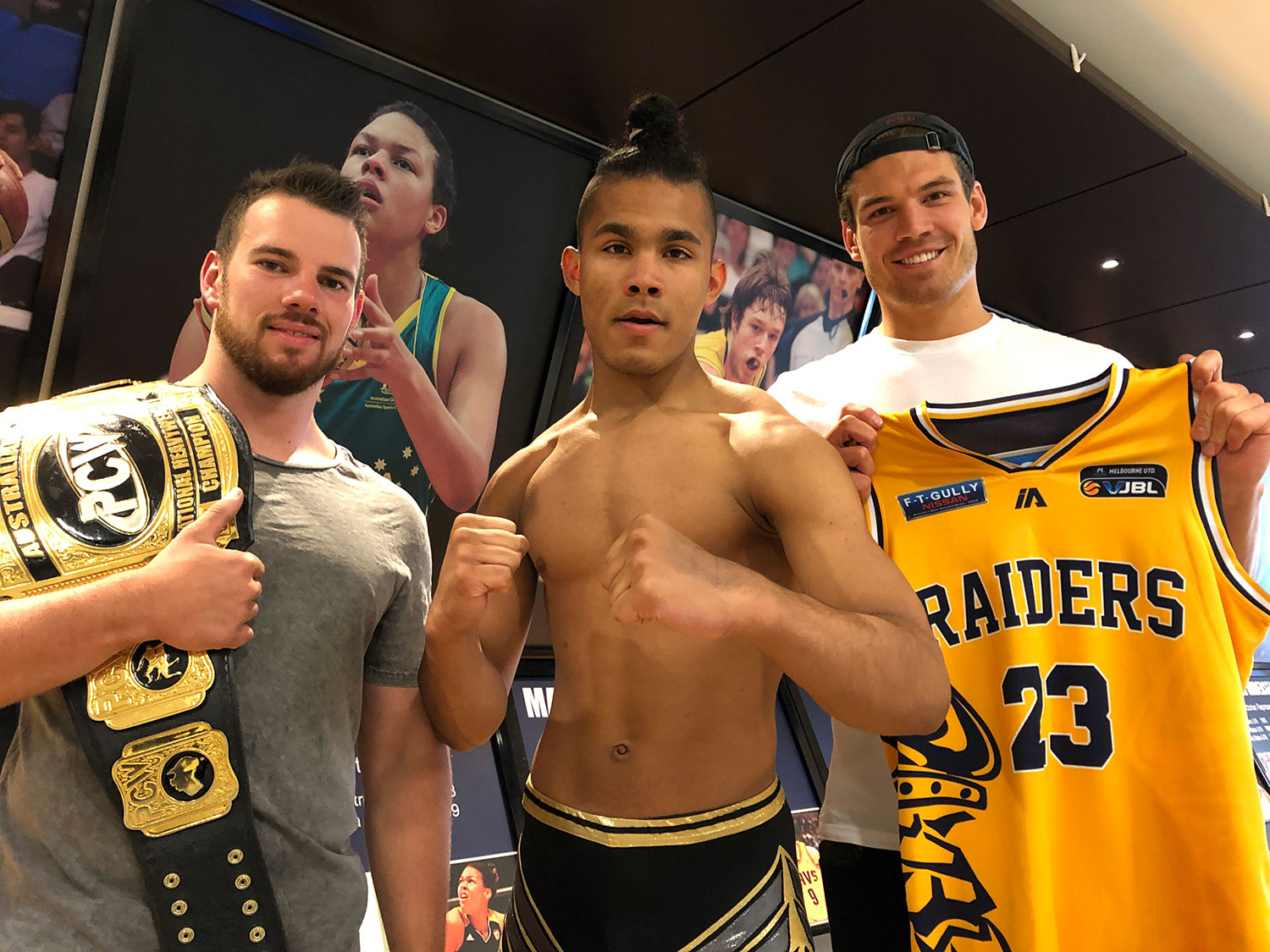 Those in the Knox Basketball family may recognise Cki Porter as a shooting threat on the court; but will he be a match when he goes up against the toughest in Australian wrestling? The talented youngster is swapping his jersey for knee pads when he steps in between the ropes in his Royal Rumble debut at PCW Grandslam on Saturday 14 March at the State Basketball Centre.

“I’m a huge fan of wrestling”, said Cki Porter. “I love Jordan, I love Kobe, but man, the way The Rock or Stone Cold lights up sold out stadiums, it’s unbeilable, it’s electric”.

Shane Meekcoms, Head Coach at the PCW Academy says, “Cki is a natural athlete. His years of experience in basketball is helping him progress at a rapid rate in wrestling. Skills such as his speed, agility and balance are qualities that are contributing to his transition into wrestling”.

Having been a proud Knox Raider, member of the Mountain Tigers and Belgrave South Red Devils, Cki was heavily influenced after attending the inaugural PCW Grandslam in 2019. He started training in the PCW Academy immediately after the spectacular event.

“I can’t wait to make my Royal Rumble wrestling debut” said Porter. “To be able to wrestle at SBC is a dream come true”.

Tickets to PCW Grandslam from just $25 are on sale now.