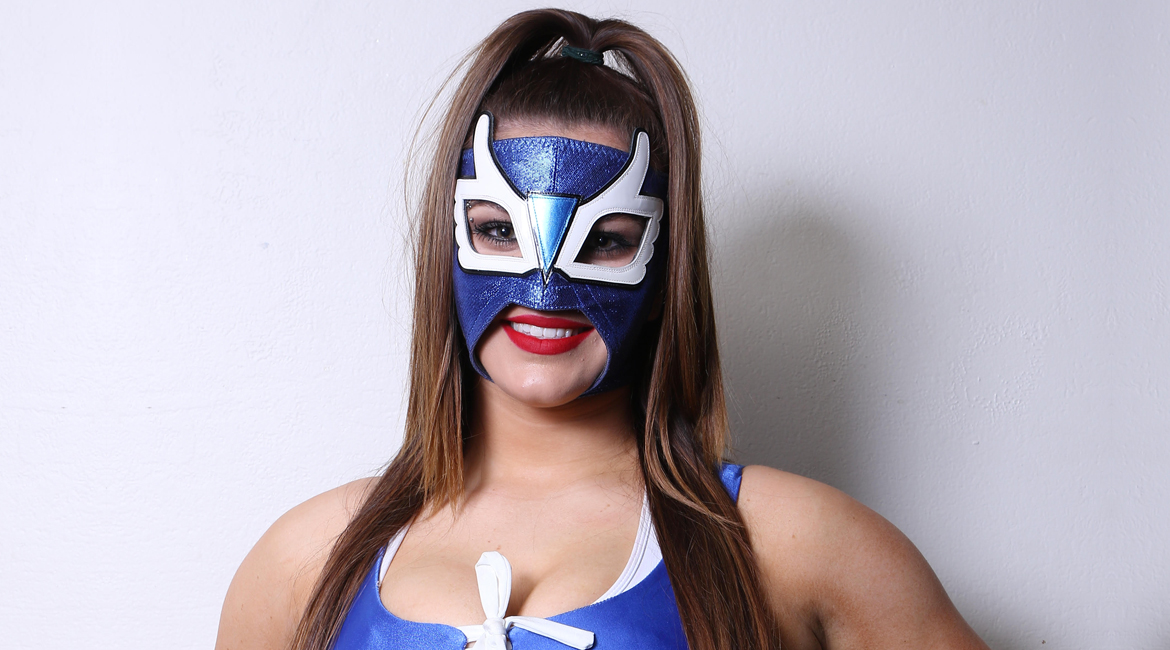 A student of the PWA Training Academy in New South Wales, FaceBrooke is the newest member of stable SMS (alongside Unsocial Jordan, SnapChad and formerly InstaGraham).

She is based in Sydney and competes across PWA and Newcastle Pro Wrestling. While being relatively new to wrestling, FaceBrooke has had an impressive start to her career. In her 3rd match she challenged for the PWWA Championship, and she participated in the 2017 IndyGurlz Global Conflict Tournament in Perth, where she main evented night one against a PWI #1 ranked wrestler, Madison Eagles.

Other notable opponents include Shazza Mckenzie, Charli Evans, Harley Wonderland and KellyAnne. Standing at 5’11 and 85kg, FaceBrooke’s strength can prove a challenge for her opponents. She has a bubbly personality and doesn’t take herself too seriously, but knows when to turn up the intensity if the situation calls for it. She finishes off her opponents with a devastating TKO she has dubbed the “Total Block Out”.

FaceBrooke looks to continue her wave of success by defeating Indi Hartwell at PCW Carnage on September 2nd.